In an era where juicing and liquid diets are viewed as a superior method of weight loss and detox, it should come as no surprise that some of these diets are a little unorthodox. That’s exactly the case of the Master Cleanse diet, sometimes referred to as the “Lemonade Diet.”

The Master Cleanse was first created in 1976 by Stanley Burroughs, author of The Master Cleanser. In his book, Burroughs describes an all-liquid diet designed to detox the body and trigger weight loss. The diet consists of drinking a mixture of lemon juice, cayenne pepper, maple syrup, and water.

Anytime you’re looking to begin a new diet, you want to make sure that you know exactly what you’re getting yourself into. So, we’re going to go over the basic Master Cleanse instructions and what it supposedly does.

Disclaimer: This is purely for information purposes. We are not suggesting that anybody follow the diet we are about to review.

What Does the Master Cleanse Do?

In the 1940s, an American dietician by the name of Stanley Burroughs developed a unique diet that was meant to help rid the body of harmful toxins and cause weight loss.

He named the diet, “The Master Cleanse,” though it’s more commonly known today as the “Lemonade Diet.”

By 1976, Burroughs published the details of this new diet in his own book, The Master Cleanser.

In the 2000s, celebrities like Beyonce and Ashton Kutcher helped the Lemonade Diet’s popularity skyrocket even further. And, since then, thousands of people across the world have attempted the Master Cleanse.

It is possible to stick to the diet for up to 40 days. But, you want to make sure that you’re keeping a close eye on your health and any possible side effects that might occur.

What Can You Eat or Drink on the Master Cleanse?

The Master Cleanse is a diet that consists of absolutely no solid food.

In fact, all you’ll be drinking over the 10 to 40 day period is a variation of lemonade. Your lemonade will consist of only lemon juice, cayenne pepper, maple syrup, and water.

Here’s a look at the Master Cleanse recipe:

You’ll be drinking anywhere between 6 and 12 glasses of this mixture a day, though you’ll also be able to drink plain water as well. Some sources suggest up to 18 glasses a day of the “lemonade” will do the trick.

If you’re really looking to boost the effects of the Master Cleanse, you can also add laxative tea or saltwater to your routine to further clear out your digestive system. The recommendation is a glass of laxative tea in the morning and in the evening.

If you hop right into a cleansing diet like the Master Cleanse too quickly, you’ll be in for a rude awakening.

To make the Master Cleanse a bit more bearable, it’s best to ease your way into the diet over the course of a few days. The “easing-in” process takes about three days.

Here’s an overview of what to expect during this three day period:

On day four, you should be beginning the actual Lemonade Diet.

You don’t want to overwhelm your body with an excess amount of nutrients and calories after such an intense cleansing diet. What makes this process much simpler is the fact that the easing-out process is the exact opposite of the easing-in process.

This is what it would look like to ease-out of the Master Cleanse:

By day four, you should be returning to your normal diet, albeit hopefully a healthier version of it.

What are the Benefits of the Master Cleanse?

As bizarre as the Master Cleanse might sound, there are possible health benefits associated with this type of cleanse. The most notable health benefit of the Lemonade Diet is the potential for short-term weight loss.

Remember: All diets have their own limitations and sticking to the Master Cleanse for longer than suggested won’t necessarily enhance your Master Cleanse results.

Each serving of the lemonade you’ll be drinking during the Master Cleanse has somewhere around 100 calories.

While the Master Cleanse creator claims that participants can lose about two pounds per day on this diet, it’s not necessarily that simple. You need to take into consideration your daily caloric requirements and a few other factors.

Here’s a breakdown of what that means.

Let’s say your TDEE (Total Daily Energy Expenditure) is about 2,000 calories a day. If you’re keeping up with your current exercise routine and suddenly dropping down to 600 calories a day on the Master Cleanse, you’ll essentially be burning up to 1,400 calories a day. Over the course of 10 days, that’s only about 4 pounds.

Yet, you also need to take into consideration the fact that you might be drinking laxative tea every day.

Since you’ll be clearing out your digestive system, you might lose an additional pound or two, though this won’t be body fat that you’re losing.

So, yes, the Master Cleanse can help with weight loss. But, you probably won’t be losing anywhere close to 20 pounds in 10 days.

What are the Side Effects of the Master Cleanse?

The Master Cleanse effects are also bad too. Most importantly, you’ll be denying yourself of vital nutrients, risking the loss of muscle mass, slowing your metabolism, and reducing your energy levels.

So, be wary of beginning this diet and be prepared to stop when the side effects become too much.

Though you will be burning more calories than you’re consuming on the Master Cleanse, you’re also depriving yourself of just about every nutrient that your body needs.

Take a look at the nutritional value of one glass of the “lemonade” and then we’ll discuss what this means.

If you noticed, the lemonade has just about no nutritional value to you.

First off, the lemonade is absolutely loaded with sugar.

By only drinking six glasses a day, you’re taking in a whopping 147 grams of sugar a day. This is somewhere around five or six times the amount of sugar you should be getting on a daily basis.

Here are the nutrients you’re not getting enough of and what percentage of your daily recommended intake you’ll actually be getting on this diet.

There are also nutrients that you aren’t getting at all, including fat and cholesterol. For every nutrient that you’re not getting enough of, there will be health consequences.

Here are a few consequences of continuing the Lemonade Diet.

Obviously, the longer you stay on the diet and continue to deprive yourself of the nutrients your body needs, your possible side effects might be worse.

As convenient as it would be to target the burning of body fat, engaging in the Master Cleanse will likely result in a loss of muscle mass instead. That’s because depriving your body of nutrients requires your body to use whatever is stored as a source of fuel.

When you just begin a fast (which the Master Cleanse is because you’re avoiding solid food), your body will begin burning body fat as an energy source since calories are lacking.

After a little while, your body’s metabolism will begin to slow and muscle will be your body’s next fuel source.

With that said, the weight that you’re losing when adhering to this diet plan is most likely a combination of muscle mass and water weight.

Even though you are technically providing your body with some nutrients and calories while on the Master Cleanse, you’re not getting nearly enough on a daily basis.

After several days of this, your body begins to react in a way that helps to preserve energy.

Unfortunately, depriving your body of calories for 10 days or more at a time most likely won’t help with weight loss in the long-term.

Since you’re not getting enough calories or nutrients and your body enters into panic mode to preserve what’s left, you definitely won’t be in a state of optimal performance.

This goes against the Lemonade Diet’s claim that it can help boost energy.

Think about it: When you’re not fueling your body properly, you’re much more likely to experience muscle weakness, fatigue, headaches, and a low mood.

In the short-term, the Master Cleanse can help you to shed a few pounds.

However, the extreme deprivation of calories and nutrients will eventually slow your metabolism and reduce your overall weight loss.

Additionally, the weight you do lose will mostly be muscle mass.

When you return to your normal diet after being on the Master Cleanse for anywhere between 10 and 40 days, you’ll likely regain all of the weight that you lost.

All in all, this diet is definitely not worth the risks and side effects. 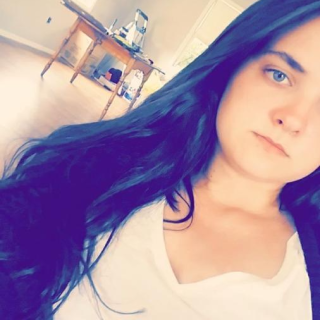